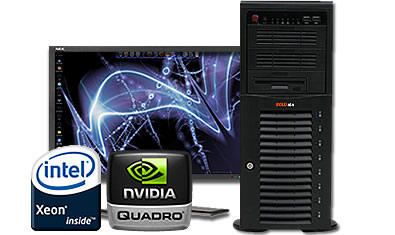 Price is before all applicable taxes, rebates and does not include shipping.

Experience the difference of innovation and performance.

Windows 10 is the first step to an era of more personal computing, one in which Microsoft is moving Windows from its heritage of enabling a single device – the PC – to a world that is more mobile, natural, and grounded in trust. With Windows 10, applications, services, and content move across devices seamlessly and easily. Windows 10 features a universal app platform and universal store, providing a consistent experience across devices.

Expanded Start menu: The familiar Start menu is back, providing quick, one-click access to the functions and files that people use most, and also a new space to personalize with favorite apps, programs, people, and websites.

Apps that run in Windows: Apps from the Windows Store now open in the same format that desktop programs do. They can be resized and moved around, and they have title bars at the top, allowing users to maximize, minimize, and close with a click.

Snap enhancements: Have up to four apps snapped on the same screen with a new quadrant layout. Windows will also show other apps and programs running for additional snapping, and even make smart suggestions about filling available screen space with other open apps.

Multiple desktops: Instead of too many apps and files overlapping on a single desktop, it's easy to create, and switch between, distinct desktops for different purposes and projects, whether for work, personal use, or both.

Advanced Features Are Designed into the Silicon

Synergy among compute, network, and storage is built in. Intel® Xeon® Scalable processors optimize interconnectivity with a focus on speed without compromising data security. Here are just a few of the value-added features

Shatters the performance limits and enables unmatched functionality for the most demanding applications.

Designed and built by NVIDIA specifically for professional workstations, NVIDIA® Quadro® and Tesla® GPUs are the engines that power more than 100 media and entertainment applications. Professionals count on these solutions to deliver up to 11x faster performance, as well as unique capabilities like low-latency video i/o with a range of third-party interfaces, advanced stereo capabilities, and support for up to four 4K display systems.

Count on the unprecedented performance and innovative capabilities of NVIDIA Quadro® and Tesla® GPU to tackle even the most demanding visual computing tasks with ease.

With their large on-board graphics memory and optimized software drivers, these GPUs are the engines that power many of the world's most sophisticated medical imaging devices and visualization solutions. These same powerful features also make them ideal for accelerating discoveries from complex simulations in a broad range of Higher Educational Research applications.

Today, NVIDIA continues to innovate across an even broader range of technologies critical to the future of healthcare. This includes everything from helping developers deliver lower patient dose and higher productivity, to 3D visualization solutions, mobile computing, and accelerated research results.

DDR4—Packing Power and Performance into a New Generation 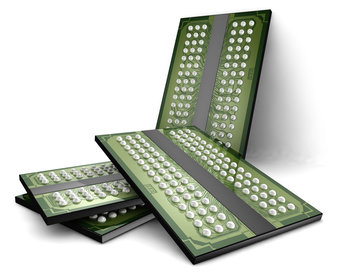 To compete in growing enterprise and cloud computing markets, you need significant power savings and performance advancements. DDR4 has a rich set of features that address reliability, speed, power, and stacking capabilities— taking application performance to an entirely new level beyond DDR3.

DDR4 is ideal for high-end enterprise and storage systems as well as cloud server providers that support applications requiring large memory footprints, such as in-memory databases and real-time analytics.

DDR4 is the newest iteration in DRAM, loaded with new features that improve reliability, speed, power, and stacking capabilities for the enterprise, micro-server, ultrathin, and tablet markets. With data rates reaching 2666 Mb/s, DDR4 increases performance up to 50% over DDR3. DDR4 also delivers a 20% reduction in voltage over DDR3—however, when DDR4’s additional power-saving features are taken into account, total overall power savings versus DDR3 can be as much as 35%.

This picture page is currently being updated. Please check back again later.